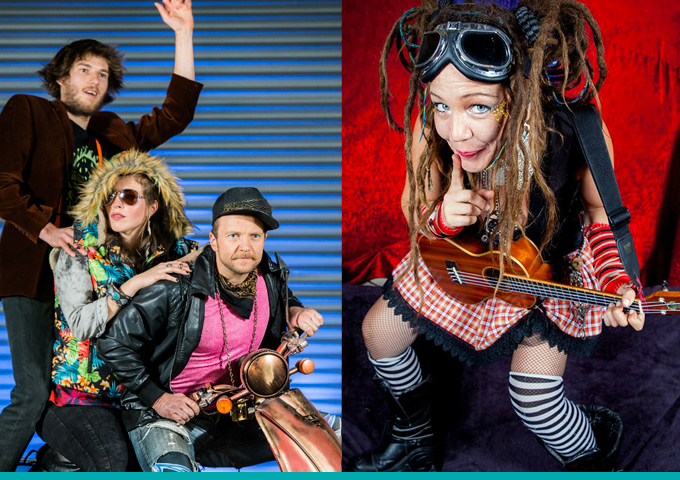 Brazen brass, electric beats, lyrical weapons and walking talking basslines are on the menu at Open Studio on Sunday 15 October, when Melbourne’s electro 3-piece Blunderbuss are joined by the inimitable Rosie Misschief from Byron Bay.

Bang! Bang! In the clearing smoke, three riders stand: a trumpet known as Blunderbuss Jones, a sultry saxophone by the name of Dandelion Jackson and one Mr Manifold on the decks. Their unique sound has been described as a mashup of The B-52s, Basement Jaxx and Sam and the Womp; the essence of which has been captured on their debut EP titled Ready, Aim, Fire!.